The European Union of Women (EUW) has addressed women’s issues at local, national and international levels since it was founded in 1953

The European Union of Women (EUW) was originally born out of the drive and determination of women in Cold War Europe to promote freedom, justice, equality and cultural enlightenment.

These brave women were real pioneers. Out of their foresight and tenacity a movement was formed that now reaches across Europe, pre-dating the European institutions we know today.

Members of the EUW have always known that the world is a better place when values are shared and women are treated as equal and given a voice.

Our values and our commitment to democracy and dialogue have been and remain a critical foundation to peace in Europe.

the British Section of the EUW 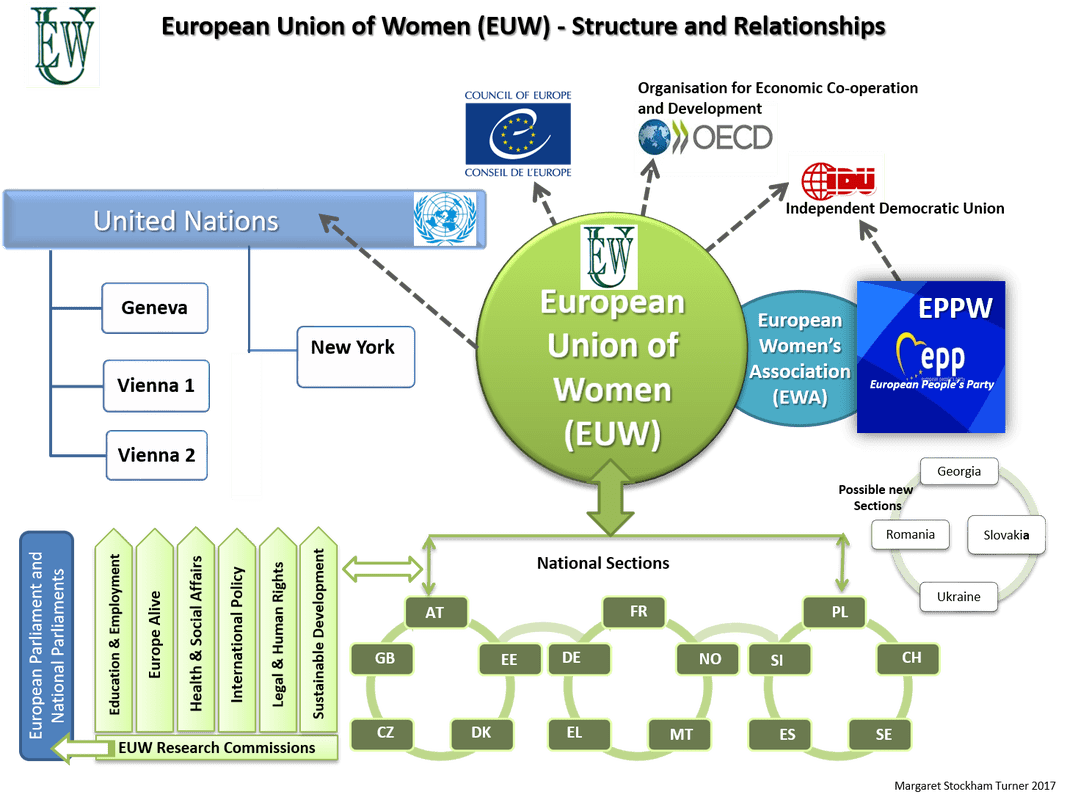 The History of The EUW

The EUW was founded in Salzburg in 1953, the inspiration of an Austrian Member of Parliament, Dr Lola Solar. The aim was to stimulate an interest in European affairs and to enable women to make their contribution to international understanding.

Each year, a Memorial Lecture is held in her honour. The first Alison Tennant Memorial Lecture was given by The Rt Hon Geoffrey Howe in July 1988. Since then, at the invitation of the EUW British Section, the Lectures have been given annually by a distinguished personality who is deemed to have made an outstanding contribution to his or her country. The theme of the lectures is Europe and EUW.

- WE ARE THE EUROPEAN UNION OF WOMEN